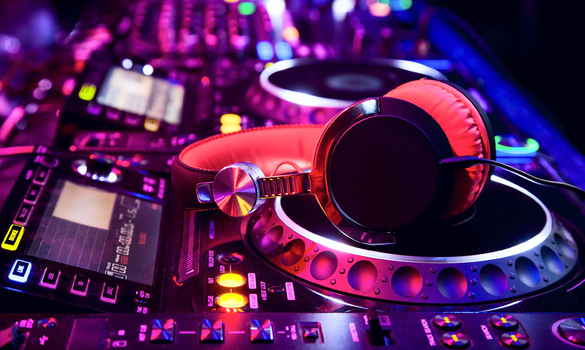 Music is a huge part of culture. This is why the best celebrations of culture are shared with music. The best musical entertainment to hire is an Arabic DJ and dabke NYC group for a cultural event. Not only do they play the best the best Arabic music and take requests, but they also embrace the Middle Eastern culture with their performance. Here is why the best Arabic DJs are in the five boroughs of New York City.

Manhattan is a symbol in this country for various culture and people. When Arabs were immigrating to the US, many of them came through Ellis Island and stayed in New York. Even today, many Syrians and Lebanese people live in Manhattan in an area nicknamed “Little Syria”. Having so much culture in one area harnesses a passion for it. Arabic DJs in Manhattan have experienced this culture, and they strive to bring it to any event that they entertain at.This is the perfect place to embrace Middle Eastern music and culture.

The Bronx has the most Arabic night clubs out of the five boroughs. These clubs have bars, Mediterranean food, and, most importantly, talented Arabic DJs. Middle Eastern music has progressively changed over time, just as the culture has. An Arabic DJ has the ability to play any Arabic music, no matter how old or new the music is. This creates a high demand of Arabic DJs in the Bronx at these clubs, because they can create a different aesthetic depending on where they perform.

Brooklyn holds a lot of Israeli-American culture. Atlantic Avenue in Brooklyn housed a lot of Middle Easterns throughout time. Many areas throughout Brooklyn, including North Williamsburg, Bay Ridge, and Midwood, are the homes of Arab people today. Since there is such a wide age range of Middle Easterns in Brooklyn, the musical style is various. While the older Arabs appreciate traditional Middle Eastern music, many younger Arabs are listening to what is considered the Western style of music. Because of this, Arabic DJs in Brooklyn are able to perform for any age group.

Queens is the home to a large Egyptian population. Because of this, it has an area called “Little Egypt” in Astoria. This area is known to hold a lot of various Egyptian culture, such as traditional food at restaurants, grocery stores, and sweet shops. Additionally, there is a lot of celebrating happening in “Little Egypt” as they keep up with news in their home countries. At these celebrations, many Arabic DJs are hired to play traditional and modern Egyptian and other Middle Eastern music. Arabic Djs in Queens are experienced in many different celebratory events.

Staten Island is the home of many Palestinian people. Out of the entire US Arab American population, Palestinian people are one of the largest groups to immigrate from the Middle East. Staten Island has a lot of DJs performing at many public events. Additionally, in the New Springville area, there is a large Palestinian community. Because of this, these two factors commonly mix. Arabic DJs in Staten Island are highly talented and experienced in different music and performances for everyone.

New York City has a lot of diverse cultures. It is often seen as the cultural melting pot of our country. Arabic DJs in New York are gifted because of this, as well as traditional Middle Eastern wedding bands. Surrounded by culture, they can embrace different types of music and share it with their audience. These performances are special and unique, and are perfect for any event.