Connecticut has several large cities that represent a diverse culture base. The biggest cities in Connecticut include New Haven, Bridgeport, Hartford, Stamford, Waterbury, Norwalk and Danbury. Whether you have been a long time resident of CT or just moved from a middle eastern country, you can find Arab Americans in your neighborhood. It is our goal to provide a traditional zaffa in Connecticut. Our dance group serves the entire middle eastern population in Connecticut. 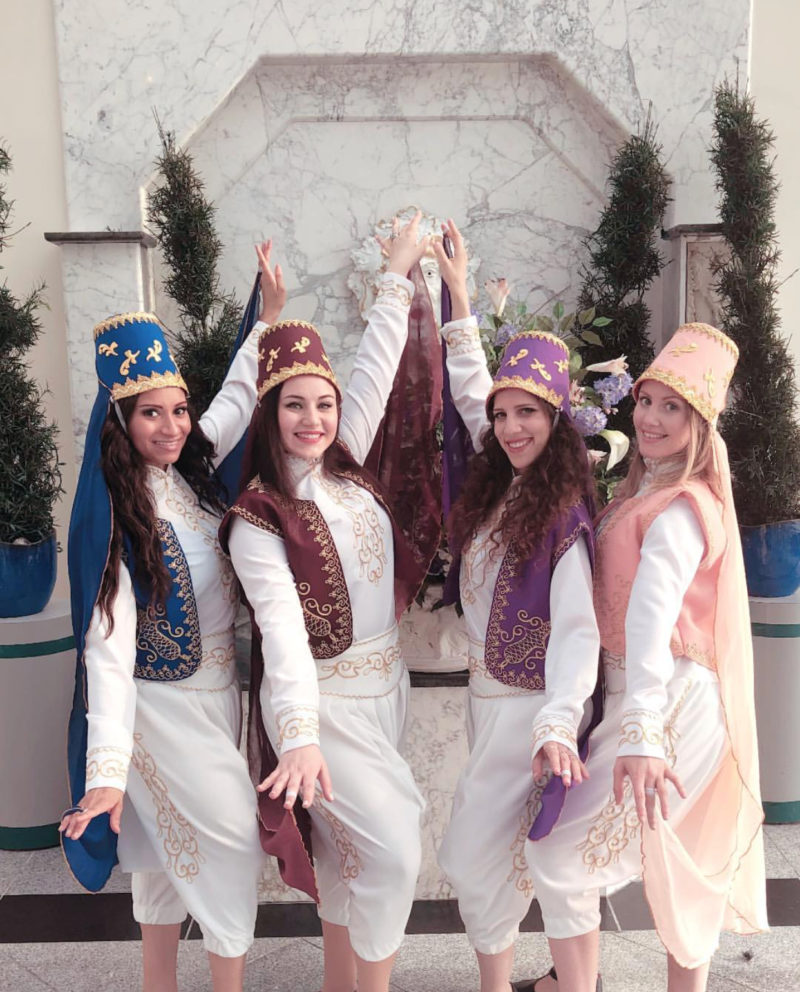 There is a lot of rich Middle Eastern culture in the state of Connecticut. Not only does it have a wide population of Middle Eastern people, but it also contains other aspects of the culture, such as food, music, and dance. This area embraces the culture, and shares it with the rest of the population. From an area with all of these factors, you know that you will find the best dabka group in Connecticut.

Our group is the premier performers for zaffa in New Haven. It is not very easy to find zaffe groups in Connecticut that have a truly classical experience. Even the best Arabic DJs in New Haven can be difficult if you want the right mix of Arabic and English music. Fortunately, Afrah Events has dabke dancers, belly dancers and live band performers.

Next, the Arab community in Danbury is growing continuously. As we attend more Arab weddings in CT, we notice how many people are actually living and working in Danbury, CT. If you are part of of this great community, ask around about a zaffa group in Danbury. Odds are, you might know someone who has worked with us in another big city in for a zaffa Connecticut performance.

Moreover, Bridgeport, Connecticut is the biggest city in CT. It is know for being a seaport city with one of the highest population densities in New England. To meet the demand of all the Lebanese, Syrian and other Arabic people in CT, our Bridgeport zaffa Connecticut group can provide Arabic live band and DJ services for your event. This is the perfect service in a city that has such a large and diverse population.

Another one of the largest cities in Connecticut, Stamford is home to it’s own “Stamford Arabs” community. This is a great example of the vibrant culture in the area. Located close to New York City, Stamford is buzzing with business and interactions. Every year, we look forward to meeting more of the Stamford Arabic community through our spectacular Connecticut wedding zaffa entrances and dabka performances.

Some of the other biggest cities in Connecticut include Hartford, Norwalk and Waterbury. If you are looking for zaffa in Hartford, dabke in Norwalk or live bands in Waterbury, we hope that you will choose a group that has experience with providing a traditional touch of your culture. Here, we specialize in creating those types of unique and memorable experiences.

There are many great cities with vibrant middle eastern populations. The best dabka groups and zaffa dancers put on elegant shows for these communities. These live shows are filled with entertainment and “wow” moments. They remind you of your culture while creating memories long into the future. For those of us living in Connecticut, continue to embrace the zaffa and dabka groups in the area.